The Spirits of Mexico Festival – A Pilgrimage Worth the Wait 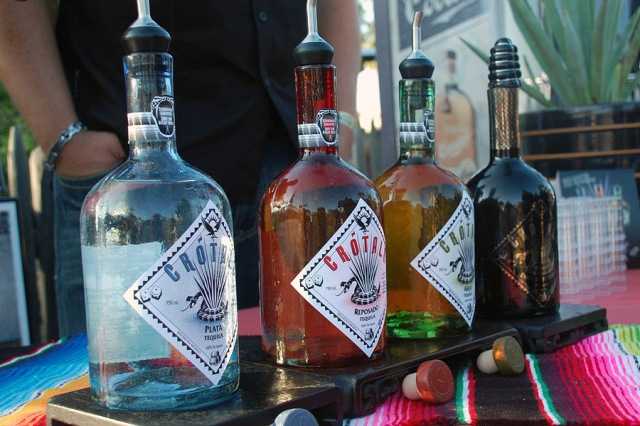 Crotalo Tequila’s line-up, including the Best of Show Extra Añejo

This past September, as they have done for the last eight years, tequila lovers congregated in San Diego’s historic Old Town Park to talk, taste and see how this year’s tequila entries stacked up against each other. This was no ordinary tasting event. This was the annual Spirits of Mexico Festival, arguably the largest and most prestigious public event in the country for agave-based spirits. To many of us passionate tequila fans, it is THE event for all things agave and something that I was finally able to attend this year. Now, two months later, I think back on all of the great memories that I have from that weekend as I finally complete the writing and editing of this post, trying to capture my personal experience without turning it into a novel. Ultimately, this festival is about more than simply tasting tequilas. It’s about the friendships and the camaraderie that exists in the group, something that I was able to experience first-hand.

The 2011 version officially opened on Sunday, September 11, with an opening ceremony that included a state proclamation noting September 17 as Spirits of Mexico Festival Day. During the week that followed, a panel of judges meticulously tasted and rated 120 tequilas, mezcals, sotols and other agave-based spirits with the category winners being anounced during the Festival’s awards dinner. The dinner and subsequent charity auction benefiting the Sky Ranch Foundation took place on Friday evening followed on Saturday night by the main public tasting event where attendees had the opportunity to try samples of the various brands. For the past few years, the Festival has concluded on Sunday with the “Lobster Bus” – a trek into Puerto Nuevo, Mexico, for a lobster lunch and south-of-the-border tequila shopping.

My SOM experience was slated to take in the two main events and due to other commitments, I could not make the Lobster Bus (next year for sure!). I arrived Friday afternoon, checked into my hotel, and was quickly ready to head off to my first event. The hotel was a short walk from the Old Town Historic Park and getting there meant walking through part of Old Town itself, a neighborhood seemingly set into a hillside filled with quaint houses with red-tile roofs and a main street bustling with tourists, souvenir shops and numerous Mexican restaurants. 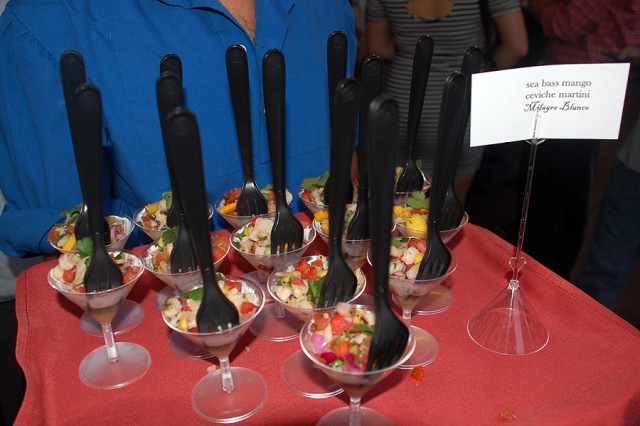 The first event was aptly titled the “Judge’s Dinner” and was held at Barra Barra Saloon on the grounds of the Old Town Historic Park. The evening started with cocktail hour where Milagro, Tres Agaves, Fortaleza, and Oro Azul poured their tequilas alongside newcomers Montoro tequila and Wahaka mezcal. Appetizers created with these various brands were also being served amongst the crowd as they tasted and talked. It was during this first hour that I met a number of tequila people in person for the first time, having only corresponded with them on the internet up until that point. I also reconnected with a number of others that I had met over the summer in New Mexico. I was invited to join the Don Modesto and Don Cuco sotol table for dinner and ended up sitting next to Mark DeCarlo, the host for the charity auction that was to follow. Mark is currently on Windy City Live in Chicago and was a delight to chat with.

Following the dinner, the groups moved to the adjoining Fiesta de Reyes courtyard for dessert, the awards presentation, and the live auction where Mark took to the stage and worked the crowd like a seasoned pro, occasionally engaging in friendly banter with specific bidders that had the audience reeling with laughter. He began by noting the brands that had earned gold medals and as each was called off, their representative took to the stage culminating in a group photo. From the gold medal winners in each category, a Best of Category award was presented and from those, a Best of Show award was presented to the top agave spirit. Listed here are the overall winners.

The Best of Show award went to Crotalo for their newly released Extra Añejo, aged three years in French Oak and then an additional two years in a proprietary barrel. The full list of award winners can be found here.

Once the awards were presented, the live auction kicked off. Among the items that were being bid on were:

In all, the live auction and a silent auction conducted the following night raised over $16,000 for the Sky Ranch Foundation.

Once the event ended, our small group migrated to a nearby fire pit where a guitar was pulled out and we were entertained for nearly an hour before being told that the facility was closing down for the evening. At this point, the group walked the few blocks between the park and the host hotel where a much larger group had already gathered and were continuing the festivities. Amongst the group were brand owners, importers, distillers, and tequila enthusiasts and numerous bottles were opened and shared. It was interesting to watch everyone taste the different samples and talk about them without a sense of judgement. It was more like friends that got together to try what the others had created and then compare notes and ask questions. These conversations often turned into laughter and then the pouring of more tequila. The night continued like this for some time until people began to peel away, including myself as I had a few blocks to negotiate before I was back at my hotel. So far, the Festival was living up to my high expectations – but what would Saturday bring? 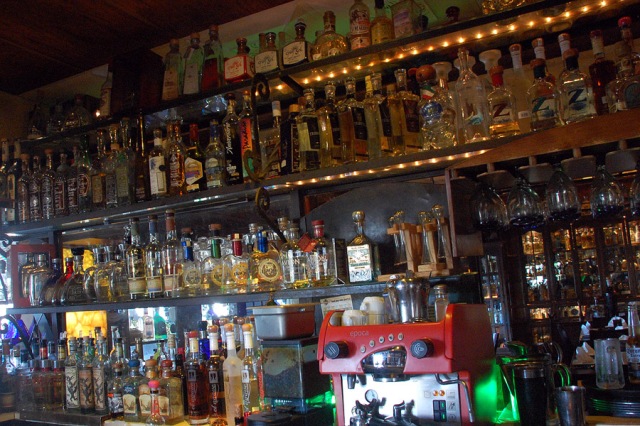 A small sampling of the selection at El Agave

I fully took advantage of being able to sleep in that next morning, especially nice considering the late hour that I had finally made it back to the hotel. The great thing was that there were no residual effects from all of the tequila consumed and I was out the door shortly after noon and headed to El Agave, a restaurant that is as much of a tequila museum as it is a first-rate dining establishment. It sits a few blocks away from the Old Town Historic Park and above another local establishment of note, the Old Town Liquor and Deli. Inside the doors of these two shops sit a tequila lover’s paradise. My initial purpose for being there was to meet Guillermo Sauza, the founder and master distiller of Tequila Fortaleza. He was scheduled to be at the store to sign bottles that afternoon and I had strategically planned to arrive early so that I could enjoy a drink at El Agave’s bar before heading to the liquor store.

It is tough to describe the sheer number of bottles that meet people as they first walk through the doors of El Agave. Shelves upon shelves of bottles new and old. I could have spent hours just looking at them. And I did. Pulling up a barstool, I scanned the vast selection just within the reach of the bartender and spying a “Leather-strap” era 1921 blanco on the shelf, I had him pour a glass along with a house-made sangrita. The second best part of this scenario is that the generously-poured treasure-in-a-glass was only $10. The best part was the taste of that tequila. Absolutely amazing. During my all-to-short stay at the bar, I ran into some friends that had just eaten lunch there and after some small talk, a few quick photos were taken as we all marveled at the bottles throughout the room, each of us pointing to old, rare and unique bottles, most all with a story or two. 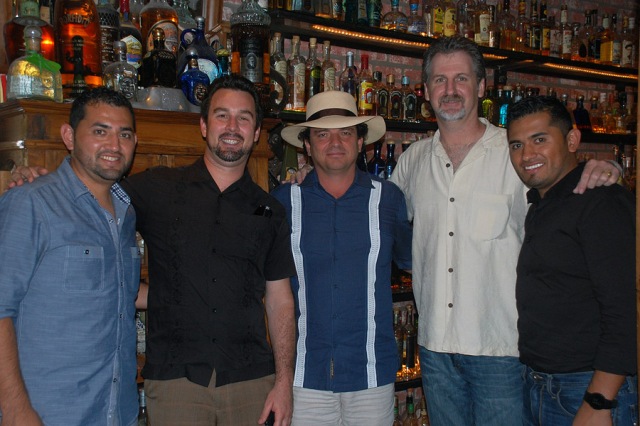 From the restaurant, I ended up tagging along with this group back to the Historic Park area where they began setting up their booths for the main event scheduled to take place later that afternoon. It seemed that the Fortaleza signing was running late which gave me the opportunity to lend a helping hand. Once that was completed, I had just enough time to walk back to Old Town Liquor, get a signed bottle and return it to my hotel room before heading back to the main event. As luck would have it, I walked into the liquor store just as Guillermo was walking out. A quick introduction, small talk and a signature on my new bottle and he was off, headed to his booth. I stayed a bit longer looking over the excellent selection of tequilas and opted to purchase a Casa Noble Single Barrel Añejo to go along with my new bottle of Fortaleza blanco. I thought both would be great reminders of the weekend that was unfolding.

I returned to the Historic Park just as the main event was starting. By my rough count, over 35 brands were pouring samples of their different expressions of tequila and assorted agave-derived spirits and the general public was quickly filling up the spaces in front of each table and booth, asking questions and sampling the various options. I was no different, working my way from table-to-table and regularly stopping to chat with the numerous friends I now had that were also making the rounds. The overall sense that I had was that of a big family – the “Tequila Familia”, interested in trying what the others were pouring, offering congratulations for a job well done, and offeringing suggestions of what to taste next. The main event lasted about four hours before giving way to the after-parties that once again filled the hotel patios until the wee hours of the morning as they did the night before.

When Sunday morning rolled around I was disappointed that I would not be staying to join many of my friends, new and old, on the Lobster Bus. But as I packed up my belongings to head to the airport, I couldn’t help but reflect back on the past couple of days and the fun that I had. New brands such as El Decreto, Wahaka Mezcal and Montoro are now on my “Must Have” list, along with others I’d finally had a chance to taste, like Crotalo and Tres Agaves. Finally, the chance to again share time with friends from T1 Tequila Uno, Don Modesto, Nobleza, Fortaleza, Don Cuco and TequilaRack was what also made the weekend memorable. Indeed, the Spirits of Mexico had lived up to the hype and lofty expectation that I had placed upon it and as my plane raced down the runway and lifted off over the Pacific, I had already started planning my return trip for 2012. 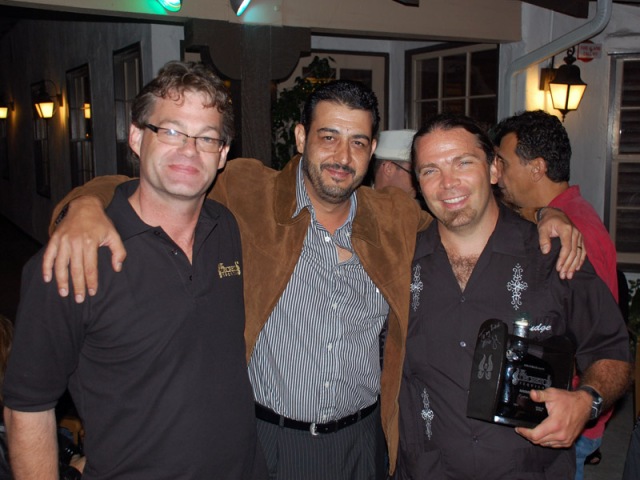 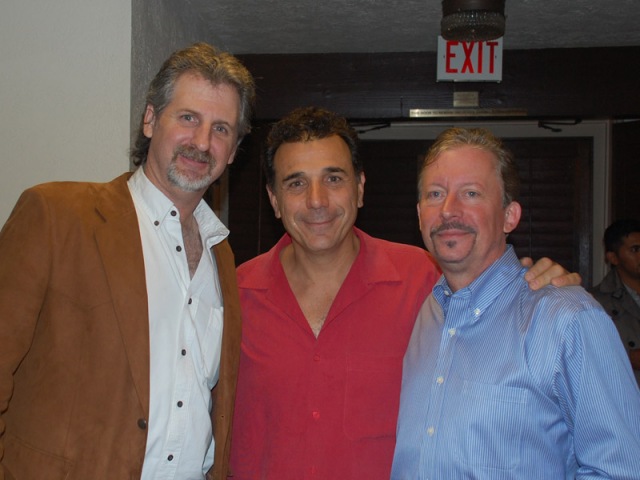